That Was Awful!: Bad Anime Endings 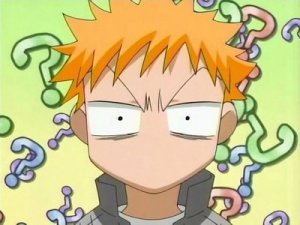 Because every show has the potential to dive off a cliff.

Its happened to all of us – there you are, merrily zipping through a decent (maybe even good) show, and then BANG! Someone laughs maliciously, tosses everything into a blender, and you’re left utterly bewildered and upset, the show having managed to completely degrade in its final twenty minutes. And so all that time you spent watching the show seems to swirl down the toilet bowl of life, leaving you with a miffed feeling. This is an ode to those shows. 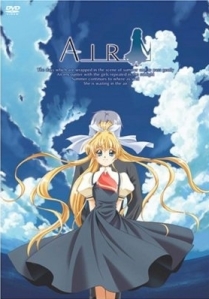 Think the AIR TV series had a sad ending? The movie incarnation of AIR takes away any semblance of hope that came with the close of the TV show, as Yukito sadly trudges around Japan looking for Misuzu’s next incarnation, with no indication that she is any nearer to breaking her tragic cycle of reincarnation and death than she was at the beginning of the movie. Whle the movie itself wasn’t perfect, ultimately the end is its undoing, since nothing has changed at all for our beleaguered heroine. Misuzu’s death also lacked the emotional weight it had in the TV series, probably because it feels like another turn in the perpetual motion device that is her fate. I rage, you rage, we all rage for Misuzu’s fate.

Digimon 02 was actually pretty fun, and managed to be more serious (and not in a bad way) than its predecessor. Too bad the ending was epically, ragingly, fantastically stupid. Basically, at the end of Digimon 02, EVERYONE IN THE WORLD GETS A DIGIMON. Um, what? And the Digital World will never everrrr have bad guys again, because the main bad guy of 02 repents of his evil ways, dies, and his spirit forms a shield for the Digital World. And now people can go to it whenever they feel so inclined. Then they skip ahead twenty years to show where everyone is. This was actually somewhat decent, since it was fun to see folks grown up, and mildly amusing to see which Chosen Children ended up hitched to each other. But then it goes and wrecks it by having the guys in cool, significant jobs (astronaut, ambassador, etc.) whereas the girls don’t (housewife, kindergarten teacher, etc.). 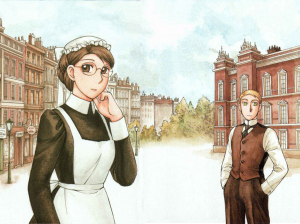 I LOVED Victorian Romance Emma. Every tiny little piece of it. I loved the attention to detail it displayed, and the realism it seemed to thrill in. Aaaand then I raged at the end of the first season, when things ended in a very realistic manner with Emma setting off and leaving the upperclass William behind. Yes, this is how things would’ve happened in real life… but it still made me mad! And at the time of my viewing, there wasn’t a second season in the works yet. I was so mad that I deleted the entire series off of my hardrive. Thankfully, a second season came along and made folks like me happy. 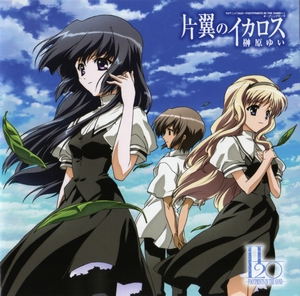 One of the worst/best harem endings ever… ‘best’ because it was so epically crappy. Hayami, the girl our harem lead Takuma chooses, runs in front of a train to save a kid. And then she stops. In front of the train. Crunch. Buuut, not content to leave it at that, we are shown Takuma years later in the village he had been living in during his harem adventures, and he’s bought a windmill. And guess what? Hayami’s been brought back to life! So they can live happily ever after! And all because the girl ghost only Takuma could see during the whole show argued with the Spirit Committee about it! Fail. 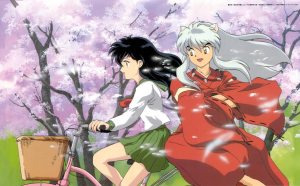 “Hey, guys, we’ve been animating this thing for four years, and the plot hasn’t really moved along at all… it also looks like Takashi-san isn’t planning on ever concluding it – why don’t we just stop animating it? I’m pretty bored, and making an ending would take way too long anyway, don’t you think?”* 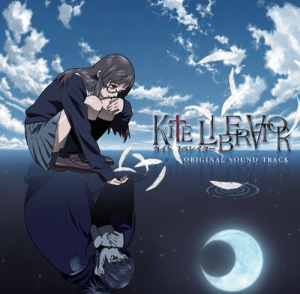 Kite’s ambigous end worked because it was plausible; Kite Liberator’s end wasn’t even plausible in the slightest… just like the rest of Liberator. Our schoolgirl assassin, Monoka, is walking away from killing a bone monster, having just realized it was her dad. Dear old dad regenerates, and happens to pass her by. Monoka looks at him, and the screen goes black, followed by the credits. Hey, Yasuomi Umetsu, that worked the first time around, but its not really the thing you can pull off twice… especially when it involved a mutated bone monster from space. 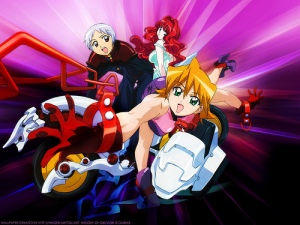 JC Staff was hoping lightning could strike twice, since Melody of Oblivion seemed to be striving to be another Revolutionary Girl Utena. It failed completely to do so, and this was obvious with the end. The end trotted out a lot of symbolism and attempts to be esoteric, but flopped for lack of true depth. Of course, it wasn’t helped by the fact that the final three minutes or so indicated that nothing had changed from the hero, Bocca’s, and others’ efforts. Nope, the Monster King is still sending out his minions to merrily chow down on children, which I guess means also that the Melody of Oblivion herself is still chained up in a netherworld. And Bocca and his girlfriend don’t seem to be bothered by this in the slightest, even though they spent the whole show trying to get rid of the Monster Union and trying to save the Melody. 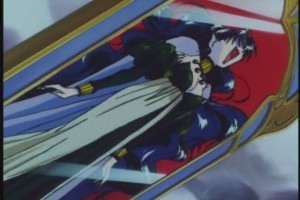 You are looking at exactly what was wrong with the SuperS ending – instead of being defeated, the villain of the season, Nehelenia, jumps in her mirror and zooms up into the sky. This is something which comes back to bite everyone in the ass next season, when evil glass shards come raining out of the sky, but that’s that season, and the issue here is that SuperS had a crap, inconclusive ending. Smarter shows are allowed inconclusive endings; clear-cut, black and white monster-of-the-week shows are not. (On the plus side, though, SuperS final episode featured a truly badass Sailor Moon – Nehelenia tosses an unconscious Sailor Chibi Moon off her floating platform of evil, then laughs when Sailor Moon looks devastated. Sailor Moon then stands up, gives Nehelenia this purely badass look, then dives headfirst off the edge to rescue Chibi Moon. I never thought Sailor Moon could be badass, but she definitely was here.) 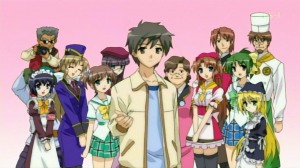 This show was utterly bland, and probably would’ve been forgotten upon completion instantly had the end not been such a trainwreck. The guy (I forget his name) gets shot and killed after war between Earth and the Moon are averted. Feena, his love interest cries… but, luckily for her, an alien spaceship shoots out a yellow beam which heals the guy and revives him! Then her dad decides to stop opposing their love because Feena’s mom’s voice comes out of her locket talking about how she didn’t regret getting hitched with Feena’s dad even though they came from different worlds. And then they get married. Thank goodness for bad deux ex machinas, right? 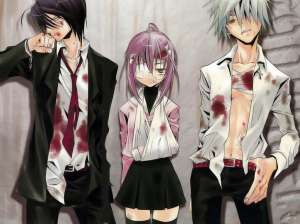 Michiru looks about the same way as I feel about the end of Zombie Loan’s anime incarnation.

So, here we are – its episode eleven, and they defeat a minor bad guy, who is part of a larger organization, the members of which we have been seeing snatches of throughout the show. Credits roll, a week passes, and I’m looking for the sub of episode twelve. And I keep looking. And waiting. And then I notice that Animesuki has it listed as only eleven episodes. As does Anime News Network. And half a dozen other places. The show is over. There was no conclusion.

Fast forward to the next year – the final DVD is released with two extra episodes! Maybe things conclude more this time? Wrong – its even worse this time around. Basically, a new arc is started, and everyone is all geared up to fight the enemy… and that’s all. They start looking for him, and the episode ends. This double fake-out leads me to believe that this is the worst ending for an anime, ever – if they were just going to screw the viewer over again, what was the point of wasting money on an additional two episodes? Clearly it was done to try to move more copies of the DVD’s, since viewers were lead to believe that the additional two, unaired episodes gave us a bit more of a conclusive ending. This is probably the only instance where I truly felt like burning down a studio, in this case Xebec. Talk about flipping fans the bird.

* I know, I know – a new season has been announced which will give us an ending… but does anyone actually care at this point?

21 Responses to That Was Awful!: Bad Anime Endings