A Flop for All Seasons: Bottom Anime Picks for the Year 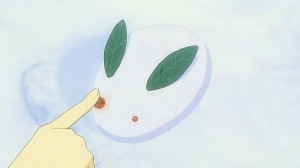 When you watch bad shows, snow bunnies get their eyes poked out. 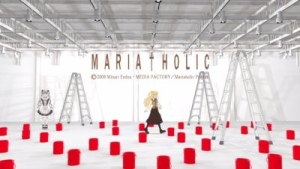 Maria†Holic didn’t start out too horribly; it had some pretty decent gags and it was also helped by the Shinbo treatment of it’s aesthetic. Unfortunately, it broke down very, verrry quickly, as Mariya was such a thoroughly nasty character, and the entire proceedings found themselves tainted by him. Quite frankly, by the fourth episode, I was repulsed to the point of being unable to watch. Consider it this way – if, say, Kanako was trying to hide the fact that she was of African ancestry at a racist school, and Mariya blackmailed her over that and the show retained its habit of playing that as a funny thing, people would easily see the repulsiveness of the proceedings. But, no, she’s just a lesbian, its ok to totally degrade her for cheap laughs! Yuck.

And that doesn’t even touch on the fact that Kanako’s lesbianism is demonstrated to, stereotypically enough, be due to a hatred of men that came from trauma in her childhood. Lovely. 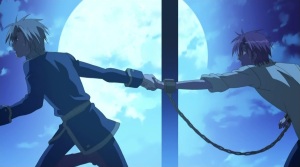 07-Ghost, unlike M†H, wasn’t really particularly bad, exactly – it was just boring, something I’m inclined to think was as a result of poor pacing. I’ve read the first two volumes of the manga, and while its nothing impressive, its decent stuff, and doesn’t induce boredom in me. The difference? Stuff that takes five or six episodes to happen in the anime took two volumes in the manga. So while watching Teito fart around doing basically nothing in the church area takes about two hours of viewing time, it takes maybe 45 minutes or an hour of reading time. Ah well.

Umi Monogatari is another title that makes this list in part by dint of its being dull. However, it was also disappointing in a manner that 07-Ghost couldn’t have been, because we had a fairly talented director behind this, that master craftsman known as Junichi Sato, who has directed the likes of Aria and Princess Tutu (along with highly successful shows like Ojamajo Doremi, and, but of course, Sailor Moon). But Umi Monogatari flailed early and never really regained any of the small possibilities it had hinted at in the first episode. It also continued firmly in the tradition of “fake” magical girl, in that it had an obsession with fanservice clearly not intended for the delight of small girls, but instead for the pleasure of older males. About the only thing I found of any merit in the production was the manner in which the show managed to convey its atmosphere, specifically, that feeling of midsummer in a coastal town. Even this wasn’t enough, though, as I found myself soom overwhelmed by boredom, shots of Marin’s butt, and the blue-haired girl’s constant moping/bitching about her boyfriend breaking up with her. I can only hope the show at the very least went away from its portrayal of blue haired girl’s intent to leave and go to college as simply a silly thing that paled in comparison to having a boyfriend. Blech. 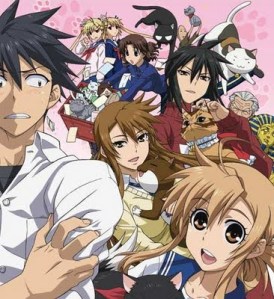 Nyankoi! seemed alright, if not especially good, at first. The OP should’ve been a warning, though, as it quickly all devolved into well-worn harem antics. At the same time, though, it seemed to believe that it was something more than a run of the mill crappy harem show, something which only served to heighten the crappiness of the entire thing. Kampfer was bad, but at least it knew that. Nyankoi! apparently never got the memo.

There is also the fact that the whole thing sounded like it was ripped off of 100 Deeds for Eddie McDowd, an American TV show for kids from the late 90’s. In that, the guy gets turned into a dog for being a jerk and is told he only will get to be a human again if he completes one hundred good deeds. Here, the guy is told he’ll become a cat if he doesn’t perform one hundred good deeds for cats. Coincidence? I’m quite honestly inclined to think not, although even if it wasn’t, the whole thing was junk anyway, as it basically degenerated into average harem escapades – they even tossed in twin-tailed twins! Lame.

(I’ll admit, I was tempted to pick Letter Bee since it began to promisingly before succumbing to fanservice and being too clever by half, but it possessing two really impressive episodes puts it far and away ahead of this dreck.)

20 Responses to A Flop for All Seasons: Bottom Anime Picks for the Year