Or wish you could go.

I’ve been spending some time dawdling around the aniblogosphere in between SRS BZNES bouts over the past few days, poking around blogs to see if any older posts looked interesting. While doing so, I ran across a post by Caraniel on the places in anime she would wish to visit. It piqued my curiosity, in large part since it seemed to finally be the answer to my problem with the ‘what anime would you wanna live in?’ question and variations thereof – most of the anime that I like either take place in a world identical to my own, or they take place in a world I would never want to traipse into. But go for a visit? Yeah, I think I could roll with that.

Admittedly, I still had a little bit of trouble coming up with five shows that had places in them I’d want to visit – the corollary to Caraniel’s post is one about places she’d never want to visit, and I must confess that I find that to be an easier exercise… but, hey, I did manage to scrounge up five candidates, and I would love to visit these places, so I think I’ll stick to the positive for the moment being.

When one hears the title ‘Tenchi Muyo’, the first thing that probably comes to mind is ‘harem’. However, I’d like to point your attention elsewhere – namely, space. When I watched Tenchi Muyo as a young fan, a large part of what drew me to it was the world-building that took place within the narrative. The complex family lines, the distant origins of the various ladies, the very spaceships themselves… I loved all of this. Straight-up harem antics found in shows such as Love Hina just didn’t do it for me; but Tenchi Muyo? Look, ma! Spaceships and swords and princesses! Cool!

I was particularly taken with the spaceships of Jurai’s royal family – the whole mechanism of running on trees was just utterly fascinating. Its an idea that to this day strikes my fancy. I can’t think of much that would be cooler than actually coming into contact with one of these ships… perhaps getting to take a ride on one of them through the stars? The Tenchi Muyo universe may not be one wherein many Earthlings get to go jetting around space, but those who do get to get to do it in style. And, hey, if you’re getting to pop into an anime in the first place, chances are you get to choose your destination pretty well – so just let me on one of these spaceships, alright? I look forward to exploring all those other worlds.

If there is any anime which is truly a fairy tale, this is it. I loved fairy tales as a child, and continue to do so as an adult – as a matter of fact, the most frequent occupant of the pile of books next to my bed for the past eight months or so has been a thick volume of Grimms’ fairy tales. Given my penchant for fairy tales (legit ones, not the Disney-fied iterations), it should come as no surprise that the chance to visit the walled, fairy tale town of Princess Tutu would be one I’d take up.

Princess Tutu’s walled town is one in particular which benefits, though, by the fact that the question is ‘what places would you like to visit?’ as opposed to live in. I think it’d be terrifying to live in a fairy tale’s world, for one thing, and much of the town in question here is no different. Once the spell is broken, things settle into something more mundane, but there’s absolutely no reason I’d want to visit the town after Drosselmeyer is removed from the picture. The spell has been broken, after all – it isn’t a fairy tale’s world any more. And it is the fairy tale town I want to visit, no other. 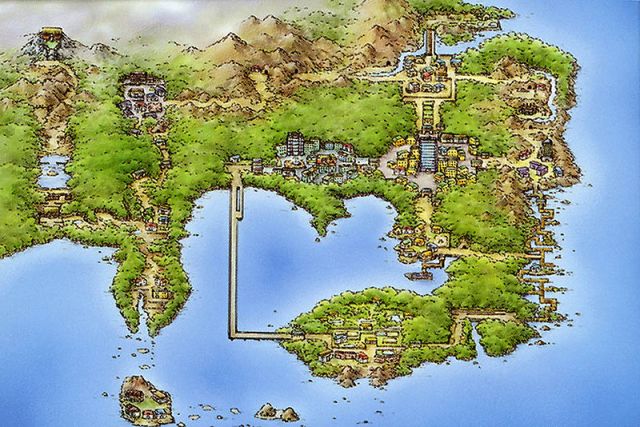 Alright, I’ll be honest – this is the only place on the list where I’d want to live. Can you really blame me? It’d be soooo coooooool to have Pokemon! And I’d be a gym leader! With a harem!

However, if I could only visit, I’d love that, too. But, honestly, I just would prefer going to Kanto or Johto – screw the rest of them, that’s when the wheels started to creak and fall off. I could go roll around those creepy ruins, or I could go up that creepy tower in Lavender town, or I could go meet Team Rocket! Sounds like a good time to me. Just don’t stick me in the video games – the later versions did away with the Seafoam Islands. I’m still mad about that decision. 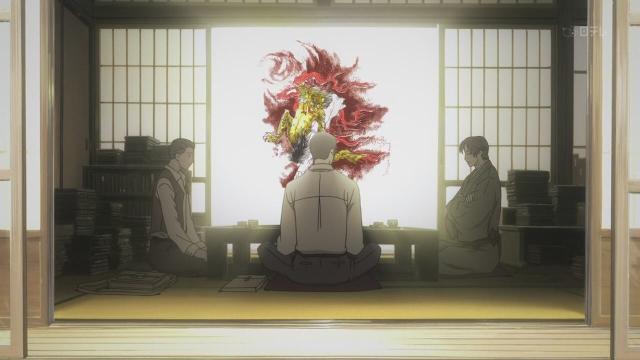 Remember those two episodes of Mouryou no Hako where those guys just sat in a room and talked about folklore and psychology? And that’s all they did for those episodes? That room? Yeah, that’s where I want to go.

Picture this: I walk into the room. I sit down. I look at Kyogokudo, and then I say, “What is {insert random Japanese figure of folklore}?” I then stare at him raptly and listen intensely for the next five hours.

How could I possibly do a post on places to visit in anime and not mention the Ohtori Academy of the Utena movie?

Ohtori Academy is a feast for the eyes in the better-budgeted movie adaptation of the Revolutionary Girl Utena story. Bell towers loom, staircases reach the heavens, and roses seem to creep through every corner. The architecture is nothing short of breathtaking. If I could go here, all I’d want to do is spend a few days simply wandering around, looking at it all. It could be utterly devoid of human life, and I’d be thrilled to just gaze upon it. If ever there was an anime which was in need of a Bluray release, this here is it.

Anyway, the picture I have here is from the website Empty Movement, which is linked in my sidebar. To get a better idea of how awesome Ohtori is to look at, I encourage you to visit their website and check out the portion of their gallery with images from the movie and its promotional material, line art, etc.

15 Responses to Flights of Fancy: Five Places in Anime I’d Love to Visit