Thoughts on the Kodansha-Del Rey Deal 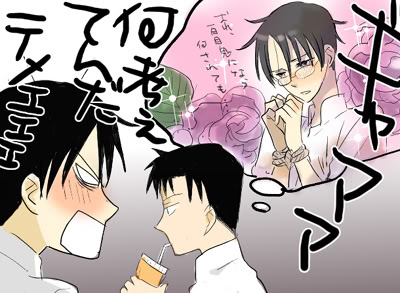 A bit late to the party on this one.

Although partially it is since at the time that the announcement was first made I was too busy with a zillion other little things. However, some newer developments have brought it to mind again, both directly related to the Kodansha-Del Rey deal and tangentially related.

First off, I should probably do a quick refresher on what exactly the whole thing I’m talking about is, anyway. Essentially, Kodansha and Del Rey have worked out a deal whereby Kodansha gets the rights back for most of their properties which are owned by Del Rey. In doing so, they are planning to do the bulk of the work necessary for English-language releases of manga, leaving the printing and distribution duties up to Del Rey. Basically, the idea is that everyone’ll end up making more money this way, more or less. Del Rey isn’t paying licensing fees, Kodansha will have access to a greater cut of the American sales. Everyone wins!

So, of course, a lot of American fans started kicking and screaming about it. Now, this isn’t wholly unfair of them to do – after all, the scheme threw a lot of titles into limbo, as there was little in the way of release information included in the initial reports and press releases. It also wasn’t wholly unfair considering the experiences we’ve had with Japanese companies which have attempted to cut out the middleman in the past, most notably Bandai Visual USA, which leaped into the marketplace sporting $50 two-episode DVD’s. That the company was re-absorbed by Bandai Entertainment was hardly shocking.

Anyway, this lack of knowledge about the American marketplace leads into something which re-focused my attention on the Kodansha thing in the first place – the announcement of the Blu-Ray box for Kara no Kyoukai, which Aniplex of America has ticketed at $398.98. Commence howling!

Actually, the true problem with this isn’t so much that Aniplex of America is tone-deaf to the ways of the American market, but more that its several years behind the times. After all, the original Saber Marionette J box, retailed for a whopping $600. And while not as appalling in retrospect, Trigun’s original boxset was about $250. This is how the price-points used to look. This new thing with Funimation tossing stuff out there for $50 for twelve or thirteen episode sets is pretty amazing, all things considered. I remember shelling out $30 every two months for the single volumes of CardCaptor Sakura, after all (meaning I paid a whopping $600 for the entire series along with the movies).

But I wander somewhat. My point is that people have gotten mad since they automatically assume that Kodansha will have the same approach to the American market as have Japanese anime companies.

There are a number of reasons why this is fairly wrong-headed. The first is that manga isn’t expensive at all in Japan to begin with; anime is, hence a lot of the bafflement over pricing displayed by Japanese companies releasing anime. If anime is infinitely cheaper in America, manga is mildly cheaper in Japan. So there isn’t that same issue from the get-go.

More importantly, however, is the fact that Kodansha is not a newbie to the American marketplace writ large. Kodansha has published a lot of things in English already, generally with the intent of releasing to an American audience. They’ve also been doing it for a while; for instance, they released Masuji Ibuse’s Black Rain (Kuroi Ame) back in 1966, and they’ve been responsible for the English language editions of Kenzaburo Oe’s works since the late 50’s. So they’ve definitely got a lot of experience in the business.

Well, I can safely say that Kodansha has employed incredibly good translators in the past and I see no reason for any change in that. I’ve read several Kodansha-handled titles, and I’ve found the texts to be natural-sounding and free from grammatical issues that can sometimes plague translations. They also don’t tend to simply render things as the “closest” English equivalent – so, no, those omochi are not doughnuts.

They also have a history of high quality physically. Again, I’ve read a lot of Kodansha properties. I’ve also handled a lot. If anything, the only criticism I may have is that the type-face for some of their older releases is a bit on the small side, but this arguably true of most older books.

And, of course, there’s the fact that Kodansha intends to use much of the same apparatus that Del Rey already has in order to go about their efforts in the American manga market.

If anything, I would say that I’m inclined to view this all as a positive thing. Theoretically it should decrease the wait times between licensing and releasing, since Kodansha holds all the rights anyway, as well as, maybe, the lag-time between when volumes first appear in Japan versus here. It could also potentially put some more intriguing titles into the marketplace, as a lot of the legal costs are largely removed from the picture – not just the licensing price, but associated things such as the cost of lawyers.

Anyway, the news of release dates for things should also put some people’s fears to rest, as it gives a more concrete face to the entire enterprise. The news that Del Rey will still be doing xxxHolic themselves is also good, as it banishes worries that the entire thing was going to vanish into a legal rabbit hole (although volume seventeen does still lack a street-date).

This entry was posted in Uncategorized and tagged del rey, kodansha, manga. Bookmark the permalink.

3 Responses to Thoughts on the Kodansha-Del Rey Deal