Did I mention the Mayan space ninjas?

I finally got back to Gundam ZZ, by which I mean, I watched seventeen episodes of it in one day. It is amazing what a lack of internet connection can do! At the same time, it isn’t as if I didn’t have other anime I could watch… I just felt like watching Gundam ZZ and ONLY Gundam ZZ.

As a warning, this post isn’t particularly well-organized; it is more toward the stream-of-consciousness end of the spectrum.

I might be at the point of developing Stockholm Syndrome toward this show. The characters are still primarily obnoxious and awful, but I still want to watch them whining their way across the screen. Why? I can only conclude that I have, as I said, developed some Stockholm Syndrome, as I have committed to watching the entire thing. That said, I had the revelatory moment in this parcel of episodes about why it makes fans of the UC storyline to this point so angry – Beecha, probably the worst character in the show (he keeps trying to sell everyone out to Zeon, and he even defects to them at one point; he also is constantly yowling about how terrible his life is on the Argama even though they haven’t executed him for treason yet), ends up with Quattro Bajeena’s mech. WHAT? I haven’t seen UC and even I know this is horrific! No wonder everyone is so livid about this show!

On the theme of people hating this show, well, I know a lot of folks take issue with the fact that in ZZ one ship with a few Gundams is capable of being the primary/only opponent of all of Zeon. I cut my teeth on Gundam Wing, however, which had extremely overpowered Gundams as well, so this aspect didn’t bother me too much. I could even live with Judau getting a Gundam as a newbie pilot and being capable since a lot of mech shows use that approach… but by the time we’re getting characters like Mondo and Beecha piloting effectively, sigh, ugh. Really? Given more reflection, too, I realized that there is actually a big difference between ZZ and Wing’s approaches to singular mechs being extremely important in a larger war – the Wing boys all had extensive piloting training whereas the kids here by and large lack any training whatsoever. Additionally, Wing takes a wider view of its storyline, so you get this sense that other people actually matter in the conflict.

I suspect I may have taken too large of a chunk of episodes to write a post on, but, well, the magic wouldn’t stop, so I couldn’t take a break! I’m impressed by the show’s ability to introduce awful characters whom I loathe who are then made slightly sympathetic because someone even worse comes along to torment them. A character named Cecilia is introduced in a two-parter episode (solely to make us realize that WAR IS BAD and THIS SHOW IS QUITE SERIOUS). She’s useless – she cries a lot and talks about how bad her life is. She is also shown to be incompetent with her job, and when she is hired to spy on the Argama, she flunks that task, too. I thought to myself, “Well, good thing she’s obviously going to do heroic sacrifice, can’t stand this one.” Then we meet her father. Wow! He’s an asshole. He is shown clutching a liquor bottle and complaining about the fact that his daughter is making him move to a different colony, and gets belligerent when she refuses to tell who a man is when he demands to know. It is stated more than once that the woman supports her parents and younger siblings, and she’s also getting him off of a colony that is going to be the site of a major battle. Her dad’s a jerk! I suddenly felt sympathetic to her (although it may also have been her showing some backbone when she told her father it wasn’t his business who the man she was speaking to was).

Puru has been introduced. She’s the loli who calls Judau “onii-chan!” because an actual imouto whose lines are 80% “onii-chan!” wasn’t enough – no, they needed a fake one who crawls all over the hero and has a vocal tic (“PURUPURUPURUPURUPURUPURU!!!”) as well. But I don’t even mind her that much! There are far worse characters in this show than that girl, and it’s fairly easy to space out during her scenes when she’s purupuru-nii-chan’ing away. Here are all the characters worse than Puru:

For the record, the only characters I like in the show are Iino and Chara Soon. Chara Soon is quite out there (but we see less and less of her as these episodes go on, regrettably), while Iino is a good kid in a show full of super bratty children. Chara Soon’s screentime is greatly reduced as time goes on with this set of episodes, and the show suffers for it, especially as Glemy becomes our primary point of contact for enemies in the story. I really hate Glemy. He’s creepy and annoying; I was hoping he’d die but he hasn’t yet and I don’t think he will at all =(

Two-parters are something I’ve come to fear in this show. Generally, two-parters are meant to be quite serious and meaningful but the characters immediately after seem to contract amnesia and they forget about the prior events completely. Cecilia’s selfless actions trouble Judau quite a bit since she dies as a result, but if you skipped the episodes, you’d never know it since she’s never mentioned again. Another death of a character in a two-parter leaves Judau refusing to get out of the cockpit even in the next episode, but no one else displays any form of grief even though it’s a character who has been with them the entire show. Even Judau bounces back after about half an episode.

Now, as for the Mayan space ninjas… well, there’s a two-parter where everyone gets stuck on a colony where everyone is part of a religious group that fears mechs. This colony has a Mayan temple on it. The foot soldiers of it look like anime ninjas and utilize the same tactics as anime ninjas. Why? Who knows – it seems to be some sort of weird manifestation of chuunibyou, honestly, since how else do you get Mayans and ninjas combined? Who knows… 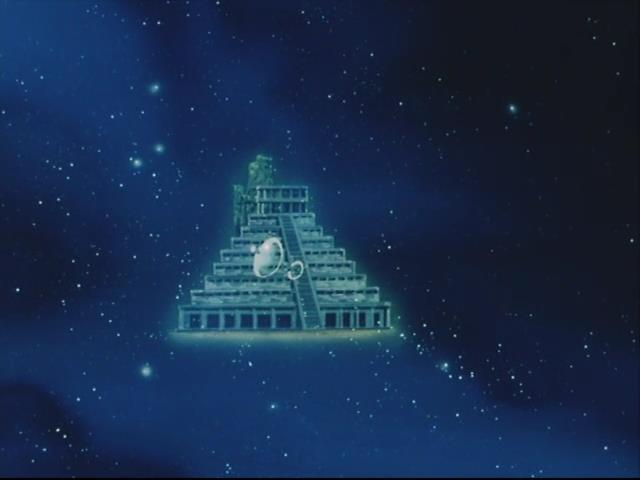 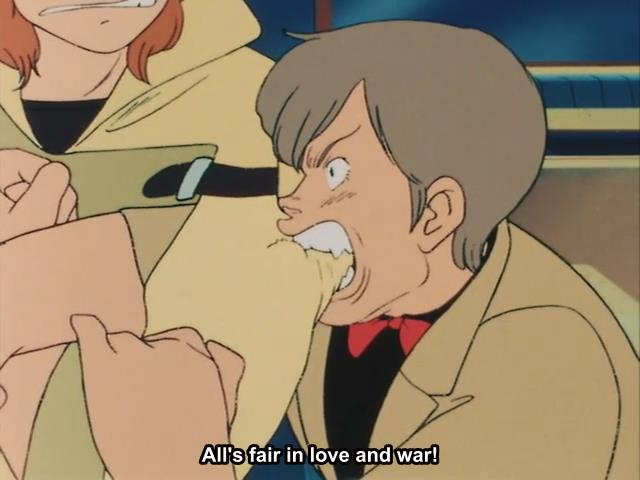 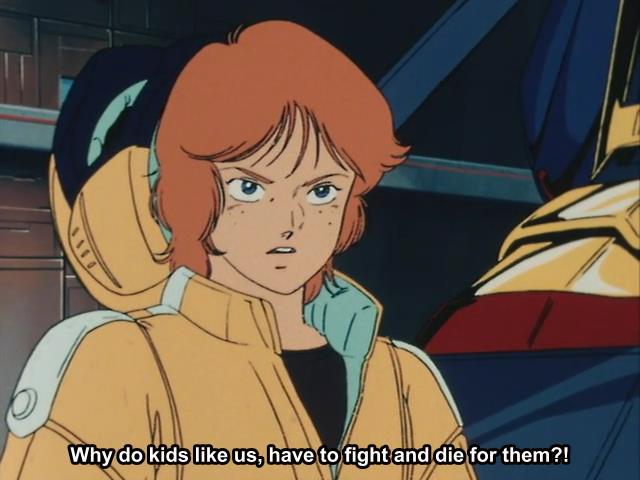 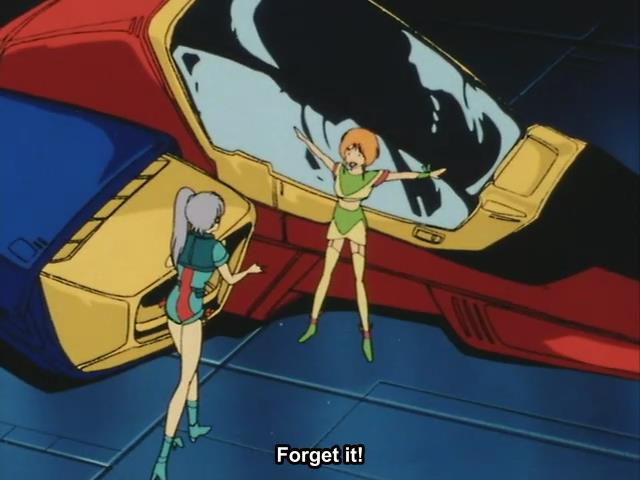 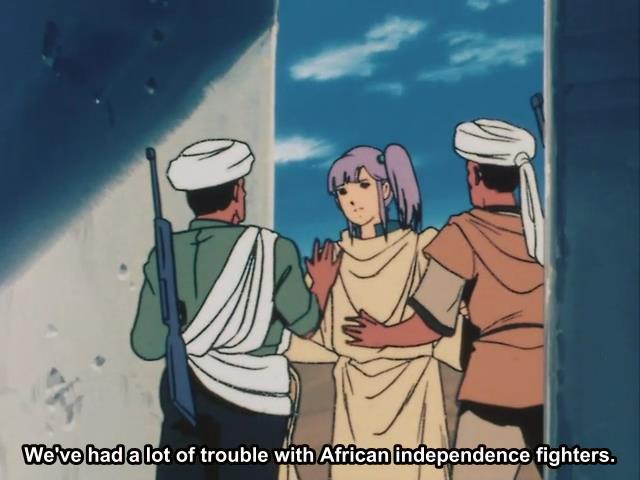 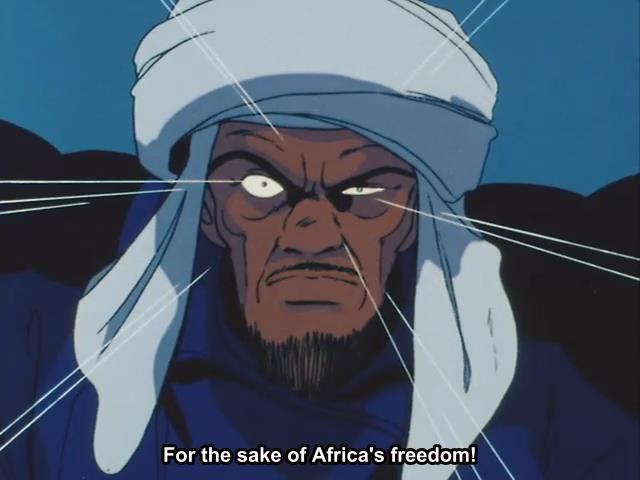 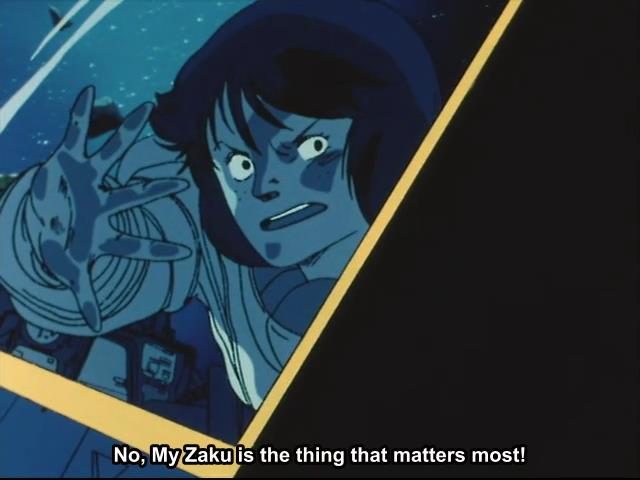 In case you had any doubts of Tomino’s involvement in this show, I think the screencaps make it pretty clear.