The Bottom Three Anime of 2015, and All the Rest

As you can easily note, there are significantly fewer series on my worst list than on my best. Primarily, this is from the simple fact that I don’t typically persist in watching things that I dislike past a few episodes; I figured out ages ago that forcing oneself through to the bitter end is a really great way to burn out on any medium. Given that I didn’t finish many shows that I didn’t enjoy, then, I had a pretty small pool to draw on, made even smaller by the fact that I wanted to stick to the stuff I truly found awful.

So, first I’ve got the worst, and the latter part of this post is for all the rest. 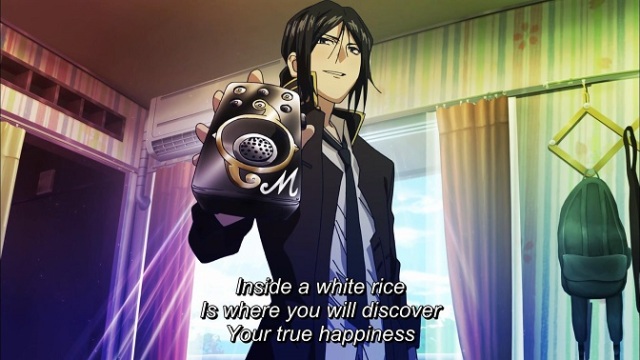 I’ve written so very much about this show and why it was so terrible, so I don’t want to go on at much length about it here. For ROK, GoHands gutted what made the first season work as goofy fun, shifting focus away from the core triplet of Neko, Kuroh, and Shiro and onto characters that weren’t even half as charming. It also took a story that at most had enough to it for six episodes of content and spread it out over thirteen. ROK would’ve been served better by having been a movie, or having been combined with the plot of the Missing Kings movie to make a TV series. As it was, it was a few action set pieces sandwiched by a whole lot of people mumbling semi-coherently around tables with MAD FILTERZZZ… emphasis on the ‘zzz’ bit! Oh, and terrible political philosophies oozing from every spinning camera. What a tremendous disappointment for a franchise that used to be good popcorn entertainment. 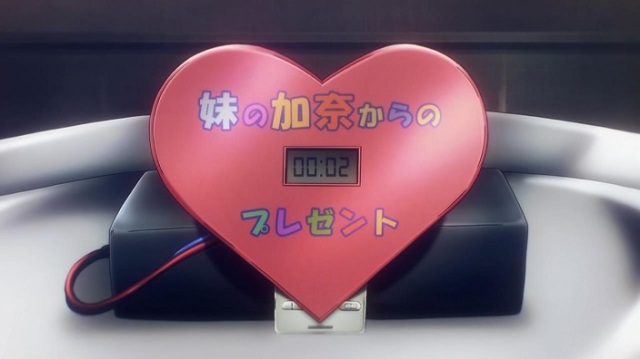 I’ll admit to having felt some leeriness about listing this as I am in an extreme minority on this, but I hated Death Parade. It so often felt like it was just missing the ability to be some good, in part because it didn’t seem satisfied to stick to a solid but quiet denouement when it could go into complete melodrama territory. The mini-arc with the cop and the teenager with the imouto plot device ended so absurdly, and I still do not at all understand why anyone thought it was a brilliant idea to have had the idol killed by a bomb. I also couldn’t stand its treatment of its female characters, from the consistently crappy attitude it had toward the teenaged Mayu, to its vicious demonization of a domestic violence victim, to the bog-standard usage of the uguu so innocent imouto of the aforementioned mini-arc as a plot device for her brother’s story. (And I haven’t even mentioned the mind-numbingly idiotic twist that – SHOCK – the girl in episode four had had… plastic surgery! So scandalous! It was so amazing that the guy was just wonderful about that and able to accept her! What a great guy! If I eyerolled any harder, my eyes would come loose from my skull.) I loathed this show, and I’m honestly pissed at it for not being much better since the raw material had a lot of potential.

As much as I hated ROK and Death Parade, though, Vampire Holmes was by far the worst thing I watched this year. It’s also the only thing I’d recommend folks check out on this list! Vampire Holmes was impressively bad, as there truly was nothing redeeming about it. The art and animation started out rough before deteriorating into Microsoft Paint backgrounds, it immediately forgot its supposed plot before picking it back up again in the second-to-last episode, the characters had no depth… well, the voice-acting wasn’t terrible. Episodes were only roughly three minutes long to begin with, with OP and ED eating into that, but by the midpoint, twenty seconds of each episode was being sucked up by a direct advertisement for the mobage that differed not at all over the remaining episodes. Despite being billed as a mystery story somehow related to vampires, Vamp Holmes was a weird almost slice-of-life show that picked a new, random thing to do every week that had no effect whatsoever on anything that subsequently followed. I recommend watching Vamp Holmes as it’s rare that a show completely flames out in every regard. *This* is what truly bad anime looks like. I almost feel badly about holding it up as such, as the thing was a one man project, but there are other folks out there who’ve largely worked alone and produced good anime (Makoto Shinkai, Soubi Yamamoto). But, still – watch it! It’s so bad that it needs to be seen to be believed!

And, now, for all the rest:

The Perfect Insider – Closer to the sort of thing noitaminA used to reliably give us, but couldn’t quite clinch it as it was far too enamored of the putrid philosophy of its antisocial serial killer. I liked Nishinosono a lot, and think the show worked best when it was more about her than it was about its emotionally immature geniuses.

Go! Princess Precure – Not done yet (still four episodes to go), I wish this had been better. The good episodes were very good, and it had visual direction that frequently was impressive, but the bad, fluffier episodes were mind-numbingly boring. I also found its focus on wealth and fame as goals in and of themselves off-putting, especially in a show for small children.

Rokka – Braves of the Six Flowers – Reallllly bad ending. If they’d cut off before the recycled plot twist, I could’ve lived with it, but the recycle was so, so bad. The stuff which preceded it, though, kept me guessing endlessly, and I really enjoyed the ride. Also: equal opportunity boob bandages.

Himouto! Umaru-chan – “Japanese Garfield” is such a good description of this show. The first two-thirds or so are decent comedy, and I found Umaru’s terrible behavior entrancing. How bad could this brat get? But in the final few episodes, it seemed to be spinning its wheels, and it lost much of the comedy, making for dull viewing. And I really could’ve done without the “omg, old maid (real age: 24 years old) career woman is sooo lonely because she wants a man” subplot.

Re-Kan! – Pleasant but not terribly memorable. Marred by the nasty cat ghost/demon thing that is given to committing sexual harassment, although by the fourth episode I’d started fast-forwarding through his scenes.

Aldnoah.Zero Season 2 – Bad, but not bad enough to make my worst list, largely because it somehow managed to conclude it’s love triangle in a way that made perfect sense while also not being at all what anyone was expecting. I thought the first season was pretty bad, too, but at least it had some semblance of logical progression, whereas this seemed like the staff had no clue as to how to get from point A to point B. Would’ve at least been interesting if they’d stuck to the dramatic conclusion of the first season, although I doubt it would’ve turned out any better.

Blood Blockade Battlefront – Another series that I wish was better. This had some truly great episodes, but I had almost no interest in the story involving the twins, as fun as it was to have Rie Kugimiya talking to herself in their scenes.

Idolm@ster Cinderella Girls – Turned out to be surprisingly decent, and, in fact, was one of the series I liked better than most this year. However, the cast was bloated off the bat and this was only made worse in the second season. Also, wow, so subtle – Cinderella Project vs. Project Crone? Good one. And did we really have to have that creepy combo of twelve year old trying to be sexy while also being cast to play a kindergartener? Yuck! Her gravure scene with her sister right at the end just made it worse. Wish we’d had more of characters like Minami or Kirarin rather than having spent time on Rika.

Comical Psychosomatic Medicine – Did anyone watch this? I know my husband did, since I likely only watched the entire thing because it was one of the only shows that season we watched together, but I haven’t seen anyone else talk about this. It was fine; sometimes it was quite funny, even.

Gakkou-Gurashi – Just missed the cut for my top ten, this was a well-constructed horror show that unfortunately didn’t quite stick the landing and also had a completely egregious fanservice episode shoehorned in. If your characters are going to have blobby baby heads, I really don’t want to see their jiggly cleavage, thank you! But for the most part this was the sort of horror I like – slow-boil, where a lot of the scare comes from what is left unsaid and unseen.

Shimoneta  – Much better than I expected. It started off a bit rough, with the stupid equivalency of sexual harassment and rape with having access to erotica and sex education, but it settled down into a funny and sharp critique of social attitudes about sex and sexuality, and censorship. But not only did it have a good sense of humor, I really loved its heroine, Kajo, whose exuberant promotion of sexual knowledge was depicted earnestly instead of the gross/creepy way that is the norm for teenaged female anime characters who don’t blush about hand-holding. In yet another year where girls were either thinking they were SO PERV for wanting to hold hands or chucking themselves clothesless at boys who kept saying “no”, she was such a breath of fresh air.

25 Responses to The Bottom Three Anime of 2015, and All the Rest