I actually still can’t believe it’s “we-cross” and not “weeks-oss”.

I just finished the first season of WIXOSS, and I want to hurry up and throw my thoughts together while they’re fresh. I ended up liking WIXOSS, and liking it in a way that I wasn’t expecting to – I picked up WIXOSS again because folks kept talking about how ridiculous the show was, so I was anticipating enjoying the show for its follies and foolishness. That wasn’t the case at all.

Admittedly, that I skipped big chunks of Hitoe’s solo scenes likely helped – while I can on the one hand appreciate that making friends is a big deal as a teenager and that it can be difficult when one is shy, I still found watching her a chore. It would’ve been nice if she’d been even a touch less pathetic, although WIXOSS certainly doesn’t do half-measures with anything, be it a character being shy or a character being consumed with hatred for a rival. I also skipped a decent bit of the card battles since they weren’t generally of any interest and very little new information was gleaned from any of them. Maybe I missed a couple of smaller points and/or facts by watching this way, but I certainly couldn’t tell either way.

One of the things that struck me around episode five or six was how odd it feels that this was a show targeted toward an adult audience (as are both the manga spin-offs – they run in seinen magazines). This show feels pretty perfect for a teenaged audience – the concerns of the characters and their personal issues come off as overblown to me as an adult, but isn’t that the nature of adolescence in a post-industrial society? WIXOSS does a really good job of evoking the mindset and strength of feeling and reaction to things that is characteristic of being a teenager. The totemic treatment of the matching scrunchies three of the girls share inspired eyerolls in me, but it also rang pretty true to some of my own experiences as a fourteen, fifteen, sixteen year old.

When you boil down the problems and worries the girls have, too, you get a lot of things that are pretty common concerns for teenaged girls. Yuzuki’s impossible crush might be on her twin brother, but an unrequited crush that seems unlikely to ever come to fruition is something just about any fifteen year old is going to be able to relate to. Lots of girls worry about making friends and keeping them, and lots of girls fantasize about bringing down their rival. WIXOSS treats this all completely seriously, which I honestly appreciate even if it doesn’t always make for an enjoyable viewing experience, and which also indicates that this would do well with a younger, and female, audience than the one it got (and gets, given the second season) in its overnight timeslot.

It might not be totally accurate to say that I “liked” WIXOSS as a thing that I watched. I think it might be more accurate to say that I… appreciated what it did? But that really doesn’t get at it either. Ultimately, I think I enjoyed it more in terms of what it made me think about than on terms of watching it. I’m even tempted to say that its “good” insofar as it gets the atmosphere of adolescence down pretty damn well; whether that makes for a “good” anime is another question.

Before cutting off, I want to re-iterate for likely the hundredth time how much I liked the backgrounds on this show. I could see myself picking up blu-rays for this and turning the subs off so I could take a lot of screenshots (well, if I owned a blu-ray player). 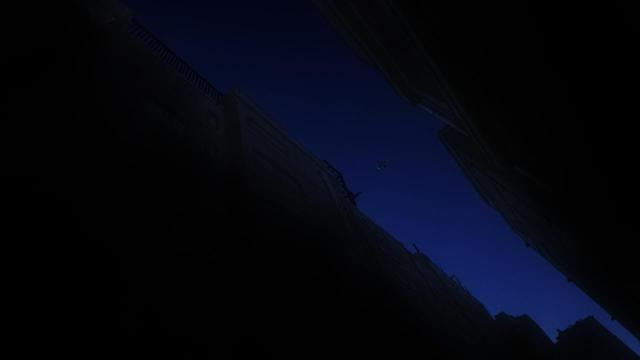 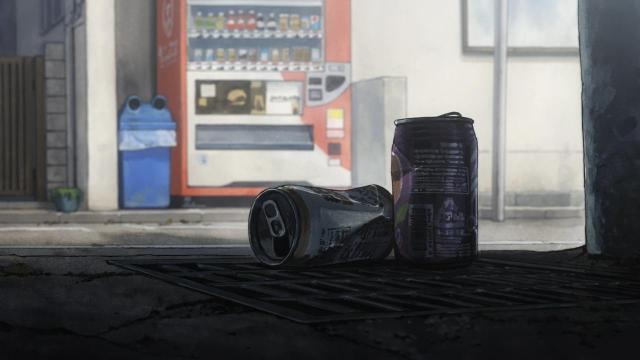 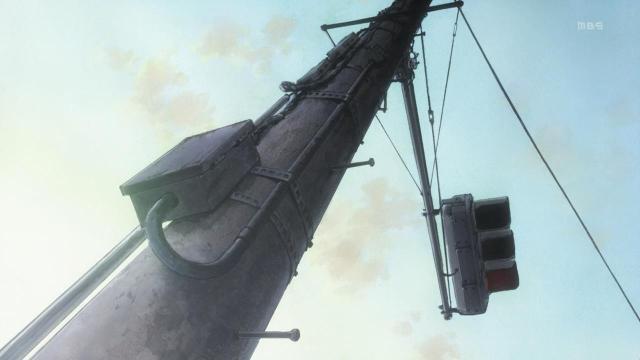 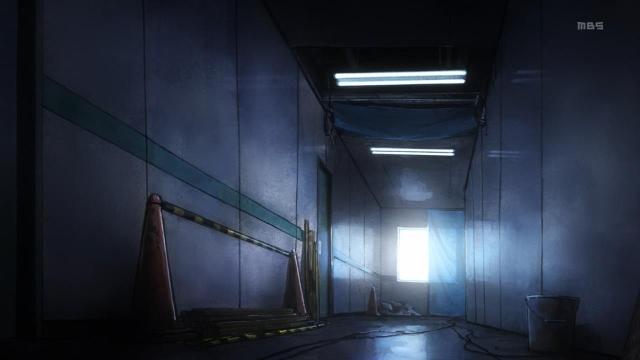 So many anime take place in Tokyo, but so few of them really bother to go past window-dressings of some crowded subway cars and lots of people on sidewalks. Arguably the Tokyo of WIXOSS often has too few people in it, but the cramped feeling of the older parts of the city is done very well with a predilection for shots of narrow strips of the sky between buildings and of poorly-lit alleyways. There’s also a good deal of variation in the building exteriors shown, and the general appearance of neighborhoods – its clear that Yuzuki lives in an older, less affluent neighborhood than do Yuzuki and Kazuki, because the architecture looks less modern (and some of the buildings seem to have been added to over time) and there are signs of wear.

Its surprising the level of detail these shots get. I’ve previously expressed some dismay at the lack of creativity to the design of the battle areas, but looking back at it all, its a sharp contrast to the scenes in the “real” world. Tokyo is cluttered and shut away from the sky by buildings, footbridges, and electrical lines, while the battle arenas have seemingly open skies and little detail. Sure, their environment is nightmarish in many ways, but maybe so because they’ve got the open unknown.

Anyway, having been fairly serious, I must end on this note:

This entry was posted in Uncategorized and tagged selector infected wixoss. Bookmark the permalink.